Meet us at Shoptalk USA 2022 |
Schedule meeting
We are hiring! |
See Open Roles

UPDATE: Pure Daily Care moved Vue Storefront to the lite.puredailycare.com domain. The brand is preparing to launch a cross-border version of its store, and testing this approach with Vue Storefront.

Pure Daily Care, an LA-based beauty and wellness brand, has forged its success selling extremely popular devices like its Nano Facial Steamer, NuDerma High Frequency Wand, and Aromatherapy essential oil diffusers on Amazon, amassing over 1 million customers and 50,000 5-star reviews. Looking to grow beyond Amazon with their own branded eCommerce experience, the founders decided to try the Shopify platform - but were left wanting, even more, features and capabilities. Fortunately, Aureate Labs already had a ready-to-implement accelerator, and that was Vue Storefront and Contentful. 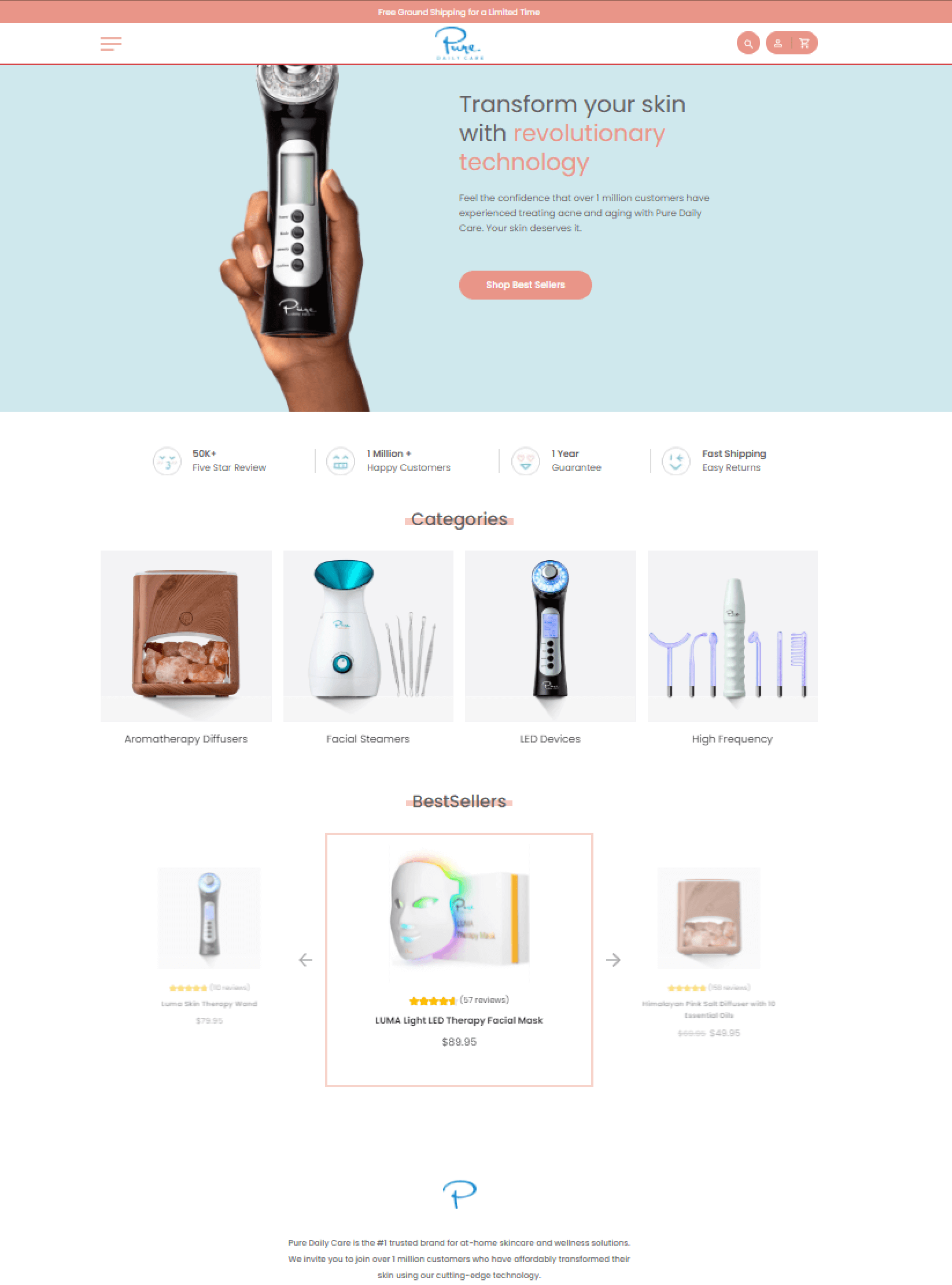 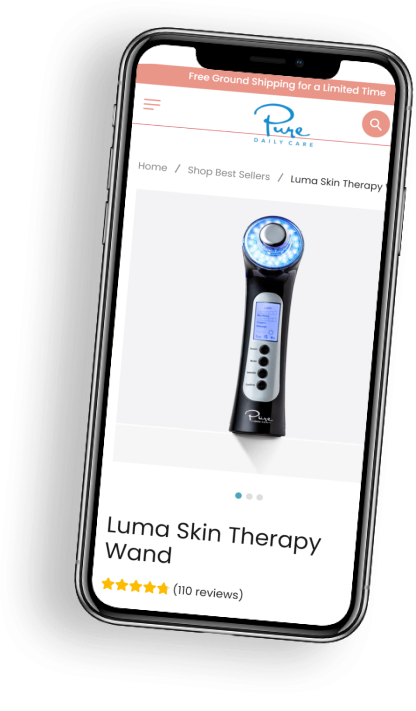 Pure Daily Care’s origin is a classic Amazon success story. David Damavandi, the founder, started the brand in 2010 by selling facial steamers on this marketplace. He was aware of the lack of high-end but affordable, at-home spa equipment, and was inspired by his own mom’s struggle to afford expensive spa equipment for her aesthetics business.

Amazon turned out to be the best place to kick it off. Thanks to the global reach guaranteed by this behemoth, Pure Daily Care became a trusted brand with a cult-like following, including tons of coverage in top web and print publications - even TV.

Amazon ecosystem - even though excellent for expanding the reach - was always a rental space, which came with disadvantages when it comes to building brand awareness. And so Pure Daily Care, at some point, had to create its very own eCommerce entity to extend its marketing efforts. Shopify was its go-to direction, as this SaaS platform not only in the US is a phenomenon, considered an easy-to-launch, turnkey platform.  It was thought to be the best choice by the Pure Daily Care team.
‍
Despite its lofty brand-related ambitions, Pure Daily Care never wants to leave Amazon. The team  wanted to combine the sales channels for its customer experience, and this was when Shopify’s limitations due to lack of flexibility in shaping UX became a problem.

I needed a solution that could compete with how amazing the Amazon infrastructure is, how fast they can make changes, how fast the site is, how easy it is for customers, all these features.

Pure Daily Care’s new site had to be fresh and friendly, able to shape the customer experience according to the modern eCommerce standards across all the possible channels and with all the necessary tools such as - for example - loyalty programs. It was a must, especially that Pure Daily Care's targeted audience is very tech and social-media savvy, and skincare products have multiple features that had to be presented in a specific - informative but also user-friendly - way.

I had a roadmap in which I mentioned the loyalty program. Still, I also wanted to get quizzes where people can pick their skincare, build bundles on the fly, and much more... I needed to switch things out quickly, and I didn't want the design to fit just the Shopify templates. I want the ability to change the elements of the page myself without having to manipulate a template or risk bringing the site down. 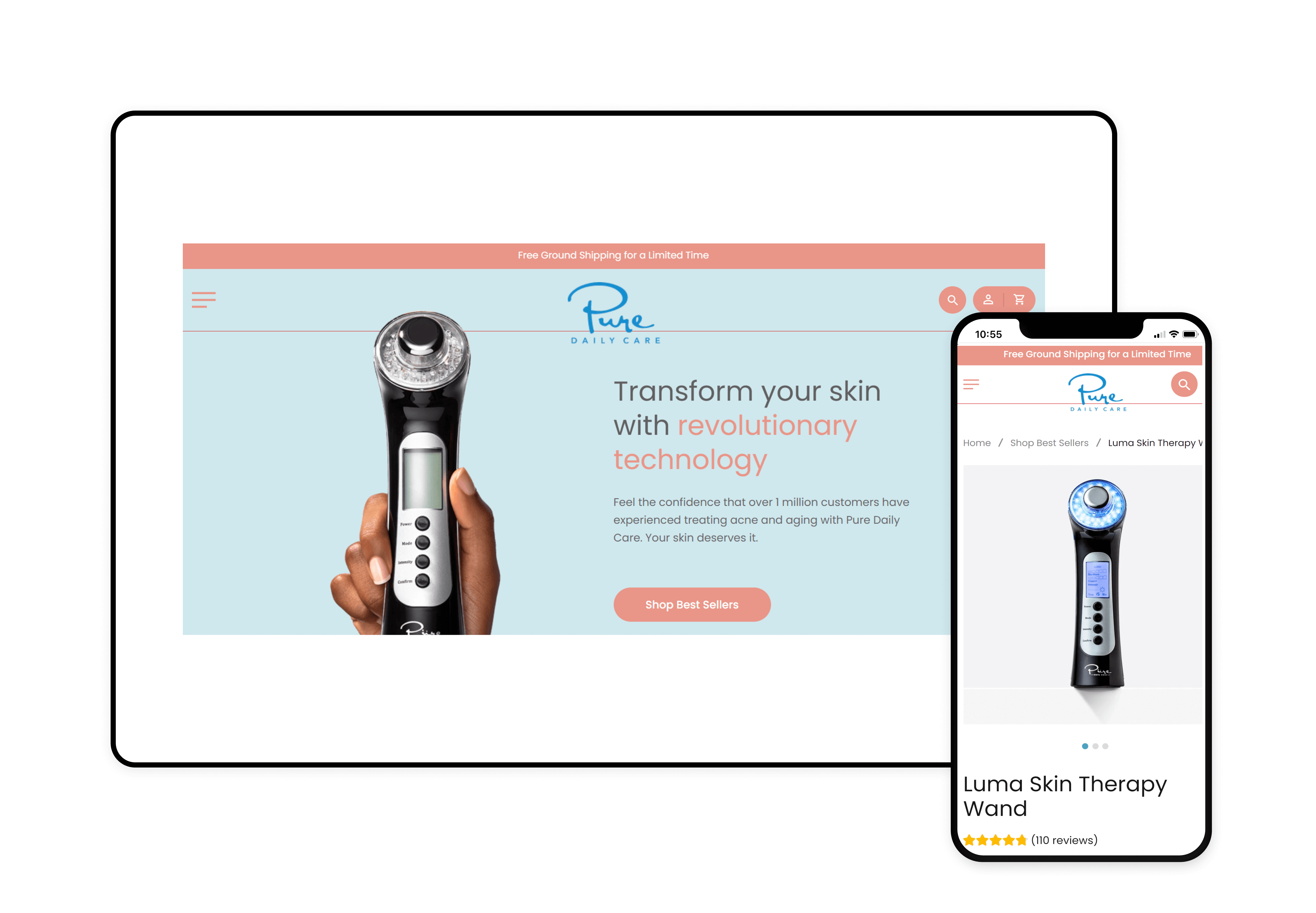 These requirements exceeded what Shopify frontend was capable of natively. Still, Pure Daily Care was OK with the Shopify backend and didn't want to force itself into revamping the whole platform. The company was looking for a cost-effective way out, and adding a flexible storefront to the existing platform seemed to be the best possible choice.

When we got on board with pure Shopify, the website wasn't functioning well. There were lots of UI / UX issues, poor performance, and Shopify's architecture did not allow for many custom tweaks.
‍
We discussed it and decided that going headless with the Shopify backend will be the right move. With a separate storefront, we could free the marketing teams from all the tech limitations to make them able to implement their marketing programs and proceed with all real-time activities with no risk for the site's stability.

The company briefly considered building its custom-made frontend, but - as Jonathan Cohen isn’t shy to say, it thankfully never happened.

Thankfully, we had Piyush, and he told me about Vue Storefront. I probably would have wound up investing three to four times more in building a custom solution. And I'm really glad that I didn't go down that road.

Pure Daily Care - given its Amazon-based customers - had to proceed extremely carefully. Sparking the UX revolution may have resent its clients and investing a ton of money in the experimental solution with uncertain results - is not precisely an agile strategy.  Yet, the company was willing to take the risk to improve the UX and make a future-proof solution that handles the traffic peaks, secures the business scalability, and accelerates the growth, but in a smart way.
‍
As one of the key players in Headless Commerce and pioneer of Bodiless Frontend, Vue Storefront was not a stranger to Aureate Labs. The agency earlier managed to create a integration between Vue Storefront and Shopify, and so Pure Daily Care implementation was a piece of cake for them.
‍
The missing element of the puzzle from a marketing point of view was the CMS. It was obvious it had to be headless, and Contenful's choice was easy. It is one of the most well-known and praised representatives of this class, and additionally, it has been a Vue Storefront tech partner for quite some time now. The native VSF integration with Contentful was also a valid argument, that speed up the time-to-market.
‍
Not to drag on the tension - it took just eight weeks for Aureate Labs to wrap all the 3rd party services up, go live... 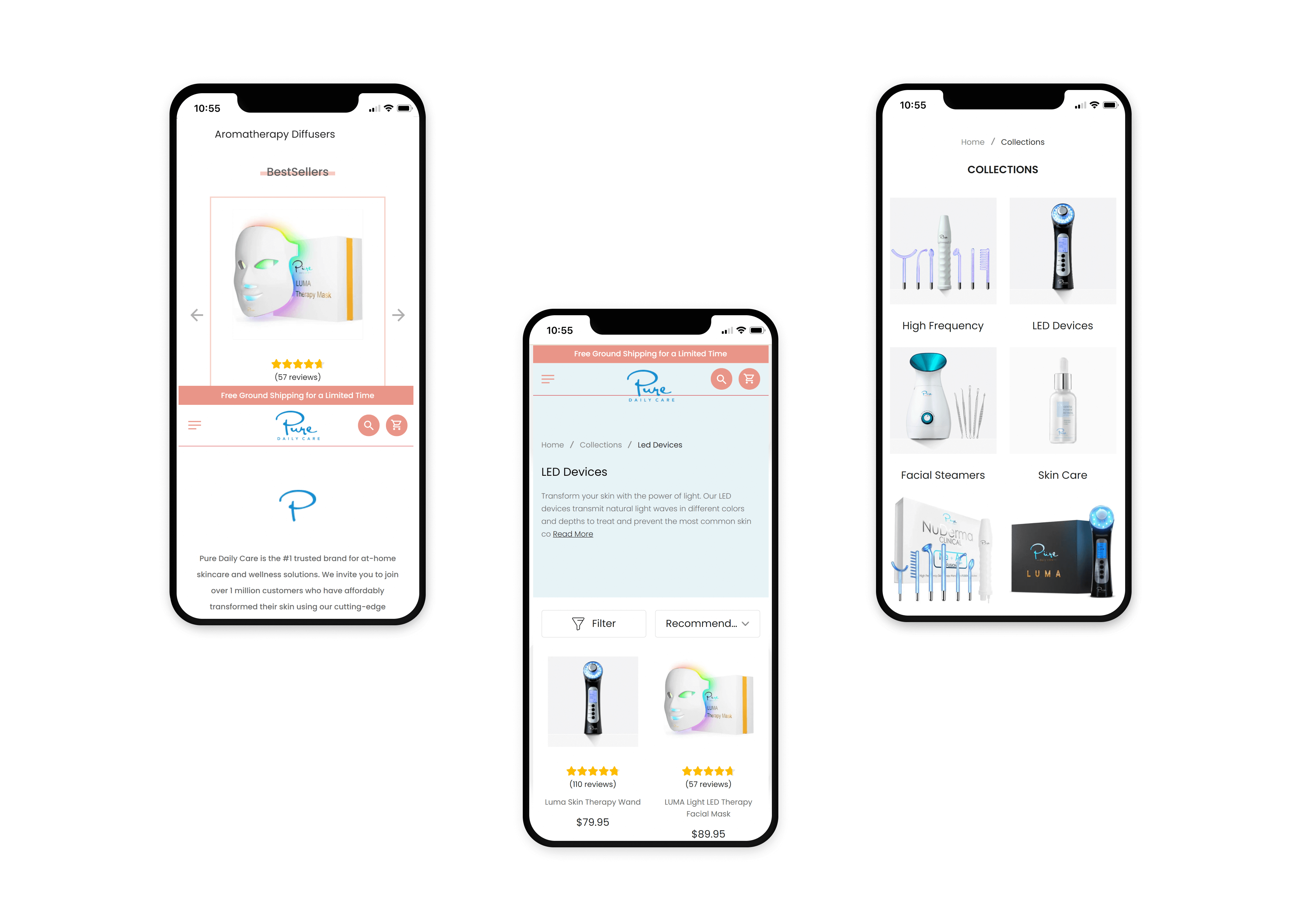 … and make it possible for Pure Daily Care to start selling. How it went?

Let the numbers* speak for themselves.

See what we can do for your eCommerce
Request demo